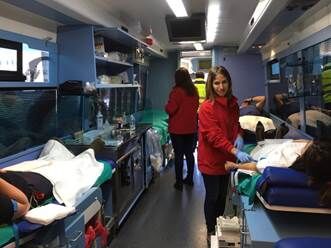 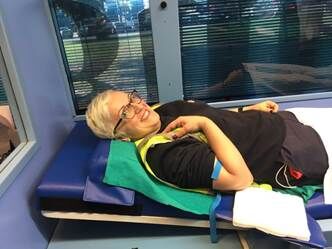 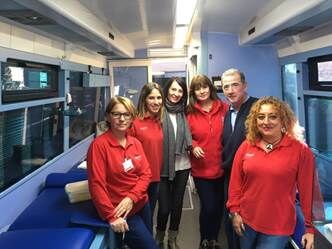 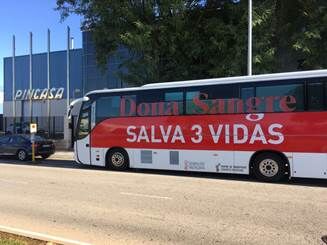 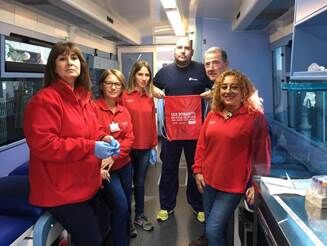 In the first hour the bus has arrived and the donation has begun, which has been extended until after 2:00 p.m.
The process consists of filling out a brief form, followed by an interview with the doctor and from there you go to the extractions room where in less than 3 minutes 0.5l of blood is drawn. At the end, of course, a sandwich and fresh drink awaits you!
This time 34 people participated, of which 8 were new, surpassing the data of previous years.
The regulars have been encouraging the colleagues who donated for the first time, explaining how simple it was.
The donors have been given a discount for ABC theaters, with a bag and have been able to drink drinks, snacks and coffee.
As it says the campaign of the Center of transfusions of the Valencian Community: Donate blood and save three lives.
Blood donation is a small gesture that we can make to help other people and that we may need at any time.
This solidarity day promoted by the company is part of its Corporate Social Responsibility Policy and its commitment to society

Today, the sixth blood donation day was held with the participation of Pincasa, ISE, Almussafes II,...

Adhesion of PINCASA to the UN Global Compact May 2, 2018

The United Nations Global Compact is an international initiative that promotes the implementation of...